Myself and the group of degenerates and reprobates that I like to call my friends have decided to resurrect the Pokemon craze of the late 90s. We have each bought old school gameboys and copies of either Pokemon Red, Blue or Yellow (I have Red) and last Friday night, along with copious amounts of alcohol, we threw down and began our quest to catch 'em all. It was quite honestly one of the funnest nights I have experienced in a long time, not to mention by far the geekiest. 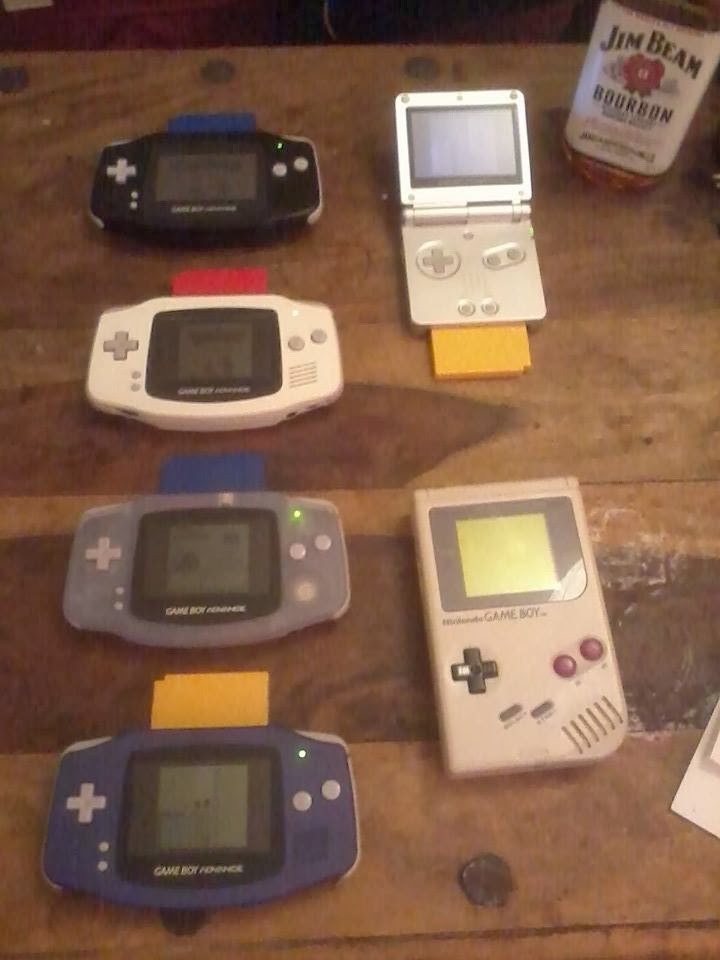 As you can see there were six of us, however, in less than a week the number of people joining us for our next session has already risen by three. Hopefully it will rise by another three the week after, and then before you know it WE WILL TAKE OVER THE WORLD! MWAHAHAHA! Or something.

Let me tell you... trying to navigate your way through Mt. Moon when you've had several cans of Strongbow is no simple task! Luckily I had my trusty and loyal companion Bulbasaur with me to fend off all of the god damn wild Zubats. GO AWAY ZUBAT, I AM LOST AND YOU'RE NOT HELPING!
Posted by MARTIN at 5:18 pm