Last February I wrote a blog post about how I love the shit out of Star Wars, but tend to forget that it exists and then get all giddy and excited, as well as ever so slightly obsessed, whenever I finally re-watch it. Well, I am determined not to let that happen any more! (Not the giddy and excited and obsessed part, the forgetting about it part. DUH.) I watched the Original Trilogy this week so I am currently incredibly giddy, terribly excited and totally obsessed again.

Since that February blog post a lot has happened in the Star Wars universe... Disney now own the rights to the franchise, J.J. Abrams is directing the next film in a new trilogy, two spin off movies have been announced and a new TV show is on the way this Autumn. Star Wars fever is gripping the world once again and I'm right there on the band wagon, angrily shaking my fist at the Galactic Empire with the best of 'em.

Excitement for new Star Wars movies aside, I am super exited for the aforementioned new TV show, Star Wars Rebels. Ever since Young Justice ended there has been a big YA animated TV show shaped hole in my heart and Rebels looks more than awesome enough to fill it!


In other Star Wars related news, I got a birthday present from Luka! XD 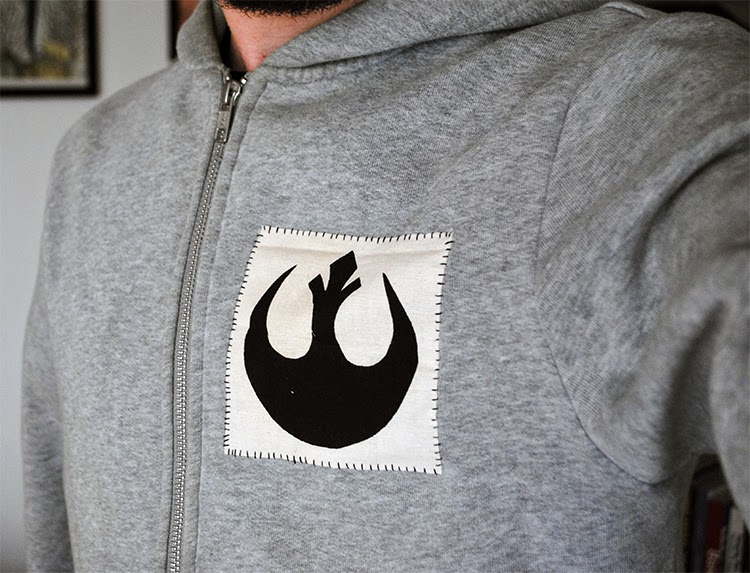 I may or may not have stitched it on whilst watching A New Hope and then wore the hoodie whilst watching The Empire Strikes Back and Return of the Jedi. Because I'm cool as fuck. THANKS, LUKA! (Get 'em right here)
Posted by MARTIN at 11:43 am