Saying goodbye to an old friend is never easy. That is exactly what watching the seventh and final season of Californication felt like for me. However, as sad as I am that it is all over and I am also relieved. It was is my favourite TV show. Ever. And I adore Hank Moody, but it should have ended a long fucking time ago. The last few years have been what I can only imagine watching an old friend slowly die of a horrible, debilitating illness is like. I'm sorry if that offends anyone and I don't mean to belittle terminal illness by comparing it to the rapidly fading quality of a once vibrant and original television series, but to me, that is what watching the end of Californication felt like. It is sad that it is over, the end of an era, but it was for the best. The suffering is over and we're left with some great fucking memories.

For those that have never seen it, the show is about a writer from New York, the aforementioned Hank Moody (David Duchovny), and his misadventures in California. He drinks a lot, fucks a lot, fucks up a lot, and can never get his shit together for longer than one episode at a time. It is billed as a comedy but there is a big beating heart at the centre of the show, and that is what I always liked about it. The funny bits are great and I have laughed at this show more than most others, but the serious bits, the heart wrenching, sucker punch you in the stomach bits are what I loved the most.

The first season was perfect. In my opinion, a perfect story.  Hank Moody, the loveable fuck up, on a quest to win back the love of his life (Karen, played by Natasha McElhone) and be a good father to his daughter (Becca, played by Madeleine Martin). A simple set up that worked wonderfully. But as the seasons went on they started to run out of ideas. There is only so long the story of a man trying and failing to win back his ex can last. He can only fuck up so many times before people just stop caring.

There was a certain story arc (which I won't give away) that kept the momentum of the show going throughout the first few seasons. Said story arc was all wrapped up by the end of season four, and for me, that is where the show ends. With Hank driving off into the sunset. The last three seasons were bullshit. The final season, especially, was fucking horrible. The characters had become caricatures of themselves and the same old jokes were no longer funny. The only saving grace of the season was episode ten, which took place over the course of a single night and started with Hank cooking a romantic meal for Karen only for them to be unexpectedly joined by all of the other characters. If there is one thing that Tom Kapinos (Creator of the show and writer of this particular episode) excels at, it is writing chaotic dinner parties. There are several of them throughout the course of the seven seasons and they're all brilliant.

I first found the show by accident. I had the TV on one evening, just as background noise, when episode five of season one came on. It caught my attention right away and I was hooked. To this day that episode is still my favourite. It was nice to see a show about a normal (ish) guy with real life problems (and zero capability of actually dealing with me). The witty dialogue, especially, really pushed my buttons. I made my (then) girlfriend watch season one with me and I remember her saying, ironically during episode five, as Hank sat on his kitchen floor with a cigarette and a glass of whiskey first thing in the morning, "That'll be you when you're older". At the time I thought, "Yeah, Hank Moody, I'll take that". What low aspirations; to be a drunken mess, pining after his ex girlfriend. Lo and behold a few years later after that girl did eventually break up with me, I became that drunk mess, sitting on the floor with a cigarette and a cider rather than whiskey first thing in the morning. A self-fulfilling prophecy, perhaps? I don't know. Maybe I just need better role models.

Season two started just as I was starting university. Living away from home for the first time, it was a comfort. I introduced the show to my room mate and he loved it, too. I have great memories of us watching it together and laughing so hard it hurt. Season three started as I began my second year of uni and the fourth as I began my final year. Those first four seasons are intertwined with great memories of uni as well as painful ones of missing my girlfriend and drinking until I passed out. After seven years, the show is now over, and I am a different person to the twenty year old that first discovered it.

Goodbye, Hank, and thanks for the memories. You got me though some tough times, motherfuckaaaa!

"I may not go down in history, but I will go down on your sister" - Hank Moody 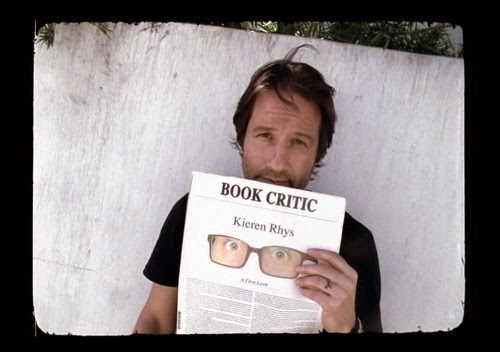 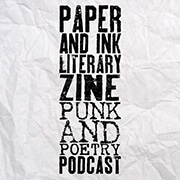