HELP ME CHOOSE A HALLOWEEN COSTUME!

I am having somewhat of a dilemma, you guys, and I need your help! Earlier this month I was watching Wes Anderson's brilliant movie The Life Aquatic with Steve Zissou, by far my favourite Wes Anderson flick and one of my all time favourites of ever. During the course of the film I had an epiphany: I was all "I'M TOTALLY GOING TO DRESS AS A MEMBER OF TEAM ZISSOU FOR HALLOWEEN!" and so once the movie was over I set about getting together a totally rad Team Zissou outfit...

BUUUUUUT then I remembered that earlier this year I had spotted some white plastic animal masks in a local art shop and I was all "I'M TOTALLY GOING TO DRESS AS ONE OF THE KILLERS FROM YOU'RE NEXT FOR HALLOWEEN!". Adam Wingard's You're Next is one of my favourite horror movies (read my review of it here) and obviously dressing as a character from a horror movie is a little more apt for Halloween...


Now I have TWO costumes and I don't know which one to wear so I need you guys to decide for me! 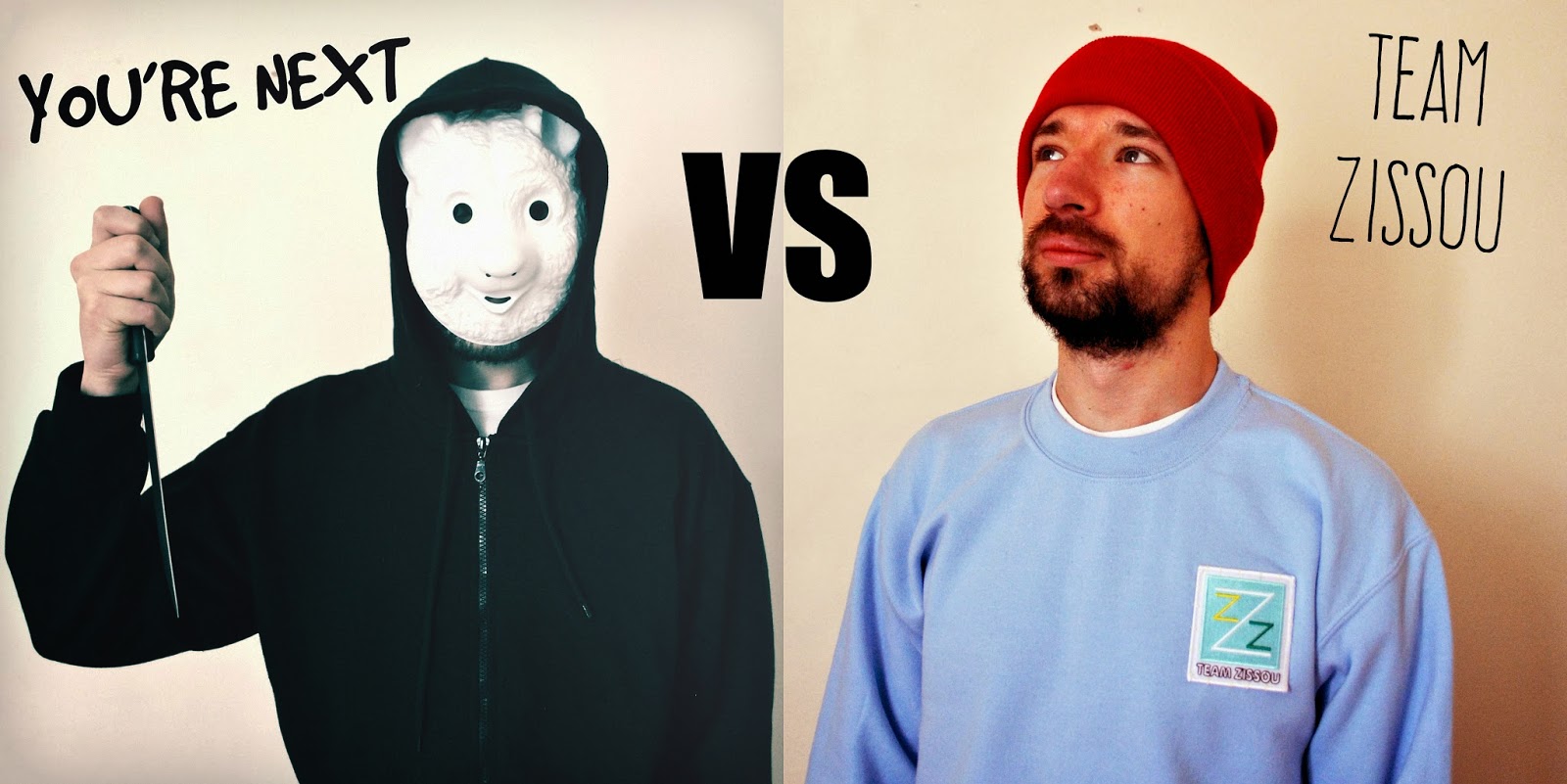 We still have a few days until Halloween so whichever costume gets the most votes between now and then is the one I shall wear. On Halloween night I am going to a local punk gig to see Revenge of the Psychotronic Man. Not that that should have any influence over your vote, but I just thought I should mention it- I am actually going out on Halloween, I won't just be sat at home wearing one of these two costumes!