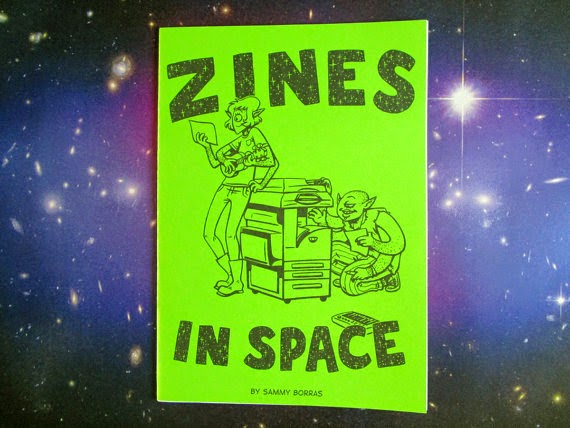 This is a fun little comic zine about some space aliens that acquire a photocopier from Earth and use it to produce a music zine. The artist, Sammy Borras, also has a weekly web comic called Giant Rhinos in Space which is definitely worth checking out, plus a bunch of other rad comics and zines. 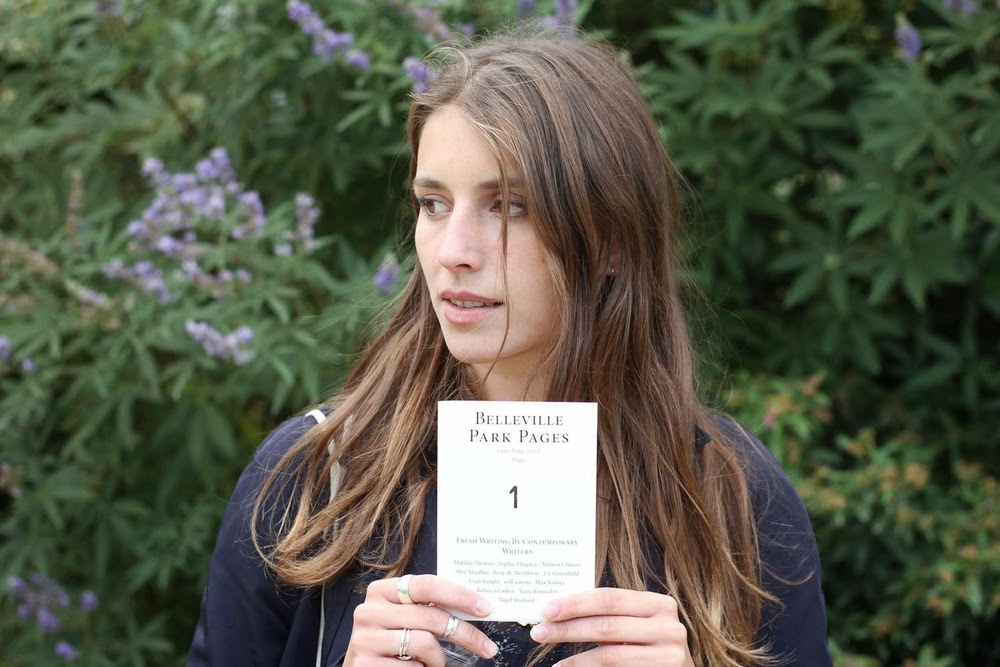 Technically not a 'Zine', it is a single folded 'Page' (but shhhh). This first issue was released in late June 2013, but I found it in a small bookshop this summer when visiting the Isle of Wight. Labelled as 'fresh writing by contemporary writers' it aims to provide an opportunity to be 'printed on a physical Page and read at an affordable price'. Pages goes to print every two weeks and are now on their 25th edition. My favourite piece from this début issue was a wonderful poem called Tiny Mountains by Melissa Clausse. 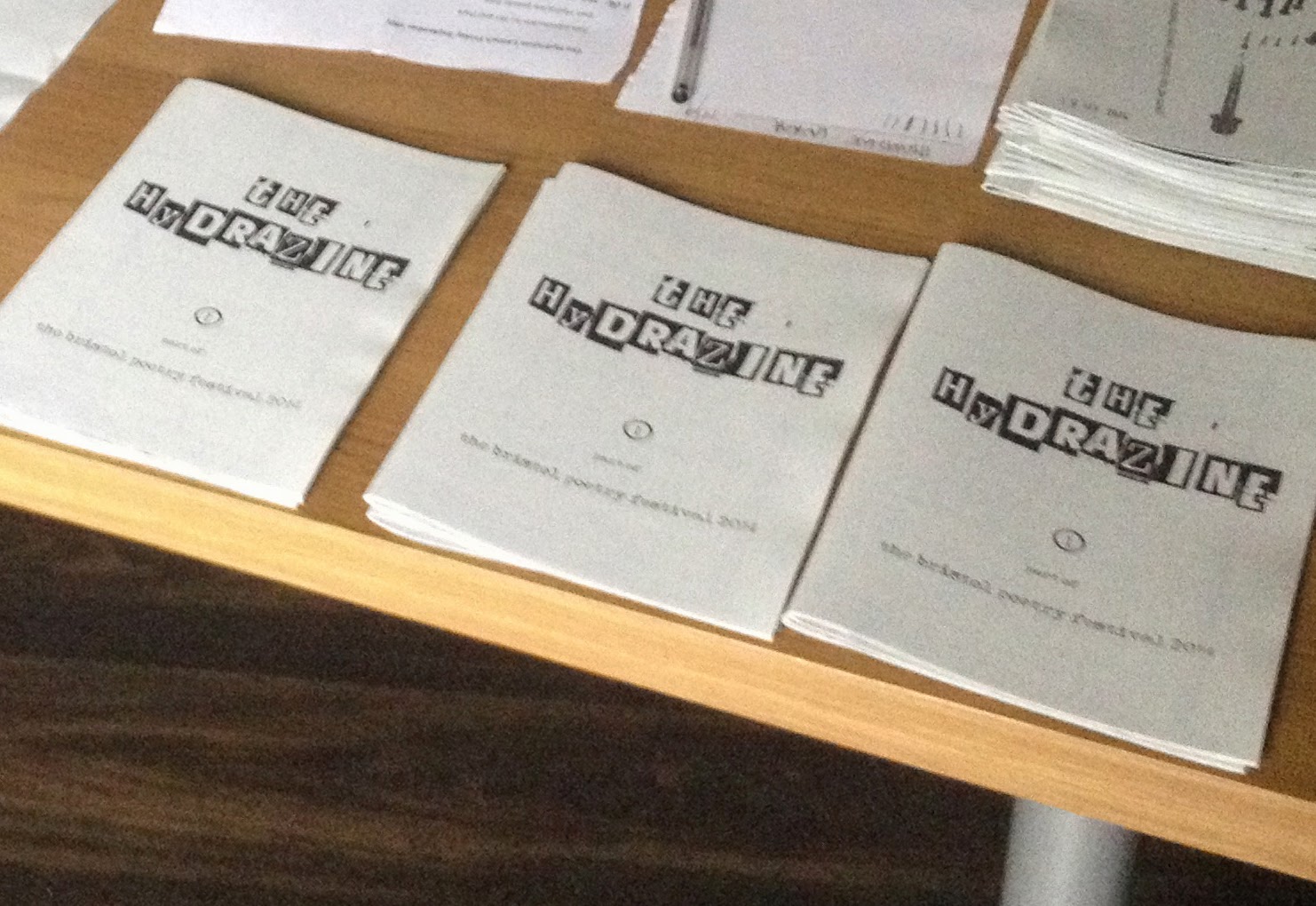 Produced as part of the Bristol Poetry Festival 2014 featuring poets that have performed at The Hydra bookshop's Spoken Indulgence readings throughout 2014. I have never been to Bristol, nor the Hydra bookshop but judging by this zine, it is definitely my kinda place. Printed on recycled paper and Hesterglock Press, it looks and feels like an old school punk zine and very much has the feel that I aim for myself with Paper and Ink - no nonsense, kick you in the teeth literature. There are too many good poems to choose a favourite, I just hope this issue is the first of many. 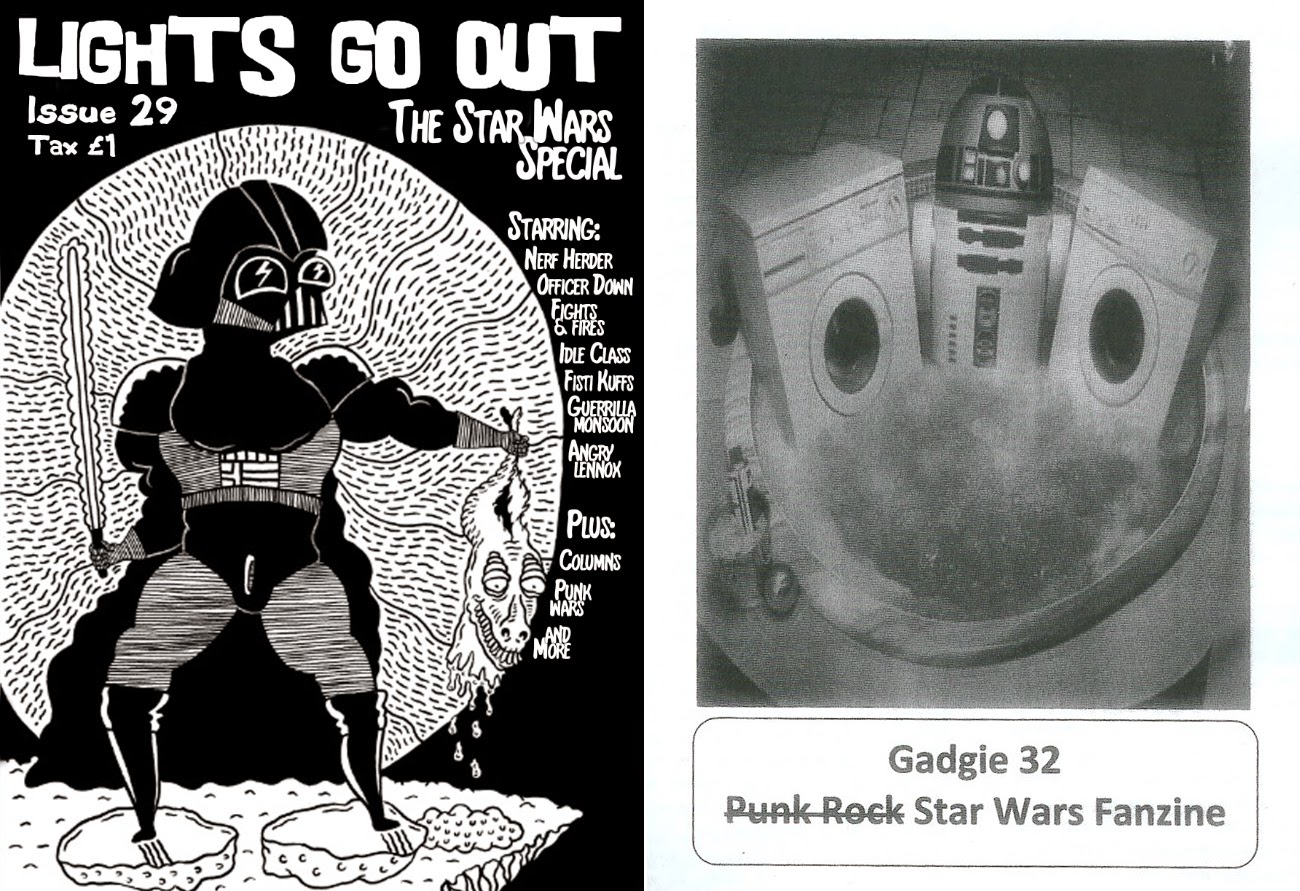 When two DIY punk music zines come together to do a split issue, you don't really expect the theme of said issue to be 'Star Wars', do you? But that is exactly what you have here, and it's fucking awesome. It is nice knowing you're not the only punk who has a soft spot for Star Wars. No, apparently it is rarer to find punks that DON'T like Star Wars. Up the Rebel scum! The highlight of this whole split for me was nothing to do with punk really, but Lights Go Out editor, Mr T, interviewing his two young daughters about Star Wars. Now, I don't ever wanna have kids, but if I do, I hope they're as cool as those two. When asked if they would like to join the Dark Side, his six year old responded 'Yes, I would like to be the Emperor's Daughter'. Parenting: you're doing it right, Mr T!
Posted by MARTIN at 11:45 am

Email ThisBlogThis!Share to TwitterShare to FacebookShare to Pinterest
Labels: I Read Zines