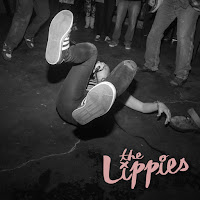 I adore this album, and absolutely smashed it on repeat solidly for several weeks after it came out. Brilliant, catchy, edgy pop punk. Even though it came out in March I knew immediately that there could not possibly be ten other albums that would come out in 2016 that would be so good that they could knock this one out of my Top Ten of the Year, and I was motherfucking right! This was the band's debut album, after only forming two years earlier. Unfortunately a few months after this album came out, and everybody universally loved it, the band broke up. What the fuck, guys? What. The. Fuck. 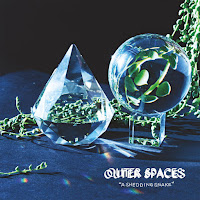 Outer Spaces is an evolution of singer-songwriter Cara Beth Satalino's solo material. I have been a fan of hers for a long time and she continues to get better and better. Her voice just absolutely kills me, I could literally listen to her sing constantly, for the rest of ever. A Shedding Snake is Outer Spaces' first full length album and as the title suggests, is about change, moving on, moving forwards, growing. In my opinion this is perfect rainy Sunday afternoon music. 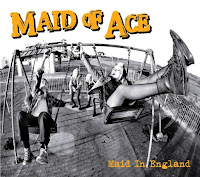 Maid of Ace - Maid in England

Okay, so I have a slight bias towards this band because they are from my home town, but whatever. Anyone who knows me knows that I have a soft spot for female fronted punk bands and Maid of Ace are not only ALL female, they are all sisters. I don't know any of them personally, but most of my friends do and whenever I see them around I act like a total fanboy, which would be hilarious if it wasn't so fucking lame. Regardless of whether they are female, or from my town, this is an album of really good fucking punk music and I love it. 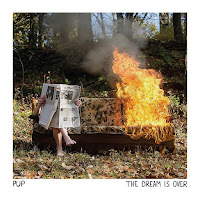 PUP - The Dream Is Over

PUP's self-titled debut album two years ago was fucking rad, and I honestly don't know why it did not make my 10 AWESOME ALBUMS OF 2014 list. What a damn fool I was. Album #2 almost did not happen at all; after relentlessly touring the first album the singer was diagnosed with a serious vocal cord injury and was advised to give up touring all together. This album is a middle finger to that advice, an act of rebellion in itself, and therefore probably the most punk album on this list. I fell in love with it immediately upon first play, and even more so on second, third, fourteenth and thirty fifth play. If PUP do not tour the UK in 2017 I am going to be seriously pissed! 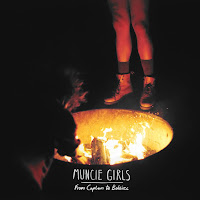 Muncie Girls - From Caplan to Belsize

I was in two minds about including this album on the list because unlike the previous entry I did not fall in love with it instantly. I had eagerly anticipated its release, but upon first play through for some reason it just did not sink in. Of course it has since grown on me (in the best possible way) and I am incredibly fond of it. It is a very understated album of indie/punk/pop tunes, and most certainly deserves the respect of your full attention span. Don't make the same mistake that I did. 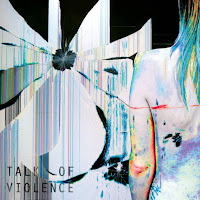 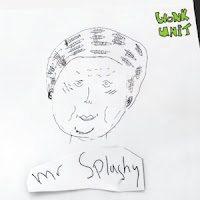 I fucking love Petrol Girls! Since their first EP came out in 2014 I have been waiting for this album with bated breath, and it did not disappoint. Shouty, angry, feminist hardcore fucking album of joy! They get my blood pumping like few other bands around at the moment, and I am bitterly disappointed that I am yet to see them live. Mark my words that will be happening in 2017, but in the meantime at least I have this rad album to tide me over.

Wonk Unit are rapidly becoming one of my favourite bands. They are one of the best punk bands in the UK at the moment, and certainly the most popular. You know exactly what you're going to get from a Wonk album, they don't stray too much from their usual formula, and that is a good thing! They are a really FUN band, they're not preachy or self righteous like a lot of punk bands. They just want to have fun and ENTERTAIN. I think a lot of bands forget, or choose to ignore, that one of their key functions is to entertain, but the best bands actively embrace it. HONK IF YOU WONK!!! 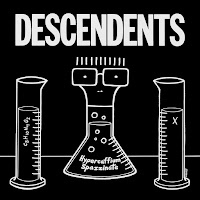 It has been twelve long years since Cool to be You, but Descendents are finally back! I like that they do not release a below par album every other year like some bands. A lot of people got their knickers in a twist about the title of this album being offensive, but I don't for a second believe that there was any ill will intended by it, and from what I could tell, most of the people that were offended by it were offended out of obligation. Anyway, title aside, like Wonk Unit, you know what you are getting from Descendents; they do what they do and they do it bloody well!  Worth the wait. 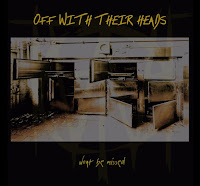 Off With Their Heads - Won't Be Missed

This is an album of a acoustic versions of songs from OWTH's first three albums (From the Bottom, In Desolation and Home) by singer Ryan Young. I must admit, as much as I fucking love OWTH, I wasn't super excited about an acoustic album of songs I already knew, but I was a fucking fool. OWTH deal with some tough subject matters in their songs from tragedy and loss to mental health and depression and hearing these songs stripped back makes them even more powerful. Don't get me wrong though, I am super looking forward to a new full band album (and UK tour that doesn't get cancelled). 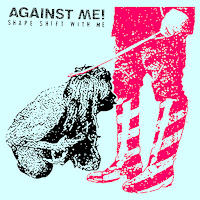 Against Me! - Shape Shift With Me

Since sitting down to write this entry, and re-listening to the album, on the day before I am due to see the band live, I am really struggling to write about how I feel about it succinctly. Which I wasn't expecting. For me this is probably the least Against Me! album that Against Me! have made thus far. There are songs on it that really do nothing for me at all, and songs that I absolutely love. It is an album about relationships, break ups and starting anew but after writing that last entry about OWTH I would love nothing more than to hear Laura Jane Grace do an acoustic album of songs from the AM! back catalogue.


SPECIAL MENTION:
Ducking Punches - Fizzy Brain I included this album on my 2015 list, even though officially it did not come out until this year.

Email ThisBlogThis!Share to TwitterShare to FacebookShare to Pinterest
Labels: Albums of the Year