This month's interview is with a writer whose fantastic story The Crowning features in the tenth issue of Paper and Ink Literary Zine. She has had books published by both Eraserhead and Ladybox Books, and is not only a brilliant writer but is also a photographer and model to boot. Her website URL may be TiffanyScandalSucks.com, but Tiffany Scandal is one hell of a talent...

First things first, what is your name, where do you come from, and what do you do? 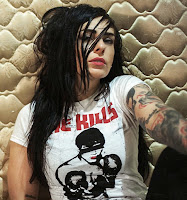 My name is Tiffany Scandal. I grew up in Los Angeles, but currently reside in Portland, Oregon. I'm a writer, photographer, and sometimes model. I also do some work for King Shot Press, a micro publisher based out of Portland.

Your latest book, Shit Luck, was recently published by Eraserhead Press, tell me a little about it...

It's a bizarre dark comedy. I wanted to write about the absolute worst day anyone could have and turn it into something that reads like a slasher film had it been written and performed by the guys of Monty Python. There's some Evil Dead moments, too. My first two books are often described as incredibly bleak, so I wanted to break away from that and show my readers that I can be funny... sometimes.

Your first book, There's No Happy Ending, was also published by Eraserhead. How did the hook up with them come about?

I've been a huge fan of Eraserhead Press for some years. Reading the works of Carlton Mellick III, Jeremy Robert Johnson, Cameron Pierce, etc. I started paying closer attention to Eraserhead Press and found out that they throw an entire event dedicated to Bizarro Fiction, aptly named BizarroCon. I bought a ticket, went by myself, and made a lot of amazing friends. After that weekend, they expressed interest in working with me. They invited me to pitch some ideas and I was paired with Kevin Shamel as an editor. By the following BizarroCon, I was celebrating the release of my first book.

Your novel, Jigsaw Youth (published by Ladybox Books), was a very personal story, grounded story, how did writing that compare to writing the more bizarro stuff and which do you prefer?

Hmmm. This is a tough one to answer. I just love to write. It doesn't matter what the style or theme is. I have a lot of demons that need out, and putting words to paper is one of the main ways I know how to survive. 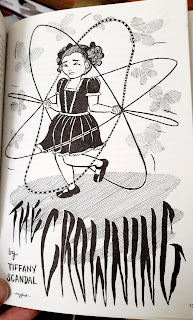 Your short story, The Crowning, which features in PAPER AND INK #10, captures a mix of dread and cuteness. What was the inspiration behind it?


Maybe this sounds crazy, but when inspiration hits, it's almost like a vision. I was laying in bed, just thinking, then I pictured what the main character was seeing during her final moments. It was such cool imagery in my head, I immediately penned down the scene and built a story around that. And I like capturing innocence. Children, depending on the age, sometimes don't know how to react without the prompt from an adult. So capturing the wonder in the kid's eyes as this surreal death is happening is really what I wanted to capture in this story.

Which writers/artists have been the biggest influence on your own writing?

My favorite authors to revisit are Roberto Bolano, Jorge Luis Borges, Gabriel Garcia Marquez, and Sylvia Plath. Current authors that blow my mind and inspire me to be a better writer are Violet LeVoit, Laura Lee Bahr, and Samantha Irby.

If you were stranded on a desert island which three books would you want with you?

Antwerp by Roberto Bolano, Everything and Nothing by Jorge Luis Borges, Meaty by Samantha Irby 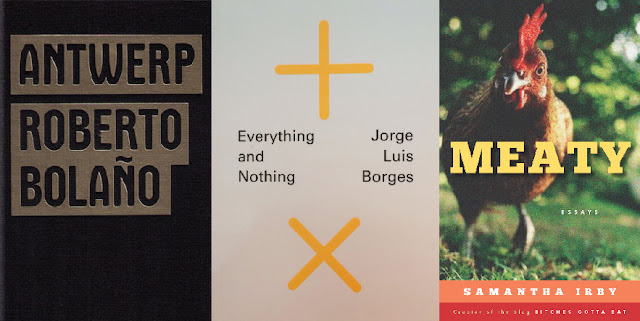 Jerk of all Trades by Lunachicks, Smell the Magic by L7, Abyss by Chelsea Wolfe

Finally, what does the future hold for Tiffany Scandal?


Working on a buttload of short stories, writing a new book, curating/editing an anthology for charity, building up King Shot Press. At some point, I'll throw in the towel and fade away, but today is not that day.

Thank you for answering these questions, Tiffany. All the best with the new book.